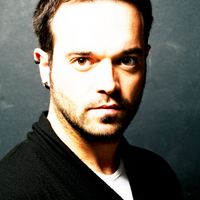 EMANUELE PAGNI (Florence 14th March 1980) graduates at the University of Florence, Literature and Philosophy course, Arts and Theathre address. He is an historian and critic for the cinema and historian of Arts ; his final essay concerns cultural antropology and news inquiry.
Since 2005 to 2007 he studies with Michael Margotta, actor and contributor to Jack Nicholson, honour member of the Actor’s Studio in New York and Los Angeles.
In 2007 Emanuele teaches at the Metropolitan University in London (UK) as an external expert of film industry technics and education to the image. His course “Intercultural Performance” is a module inside the “Performing Arts BA Programme” given by Professor G.Poesio.
Between 2007 and 2009 he organizes some personal exhibitions partly groomed by Mrs Francesca Roberti, director of the international art gallery “Tornabuoni Arte” (Florence, Italy).
Since 2009 he is the official photographer for CGIL Toscana & Italia (Italian General Confederation of Labour) and the CGIL National branch concerning news documentaries. Some of his best photos are featured on national press such as “La Nazione” and “L’Unità”. He is the author of the shots featured into two of the latest books by CGIL about the person of bruno Trentin and the Italian unions with hystorical relevance.
In 2009-2010 he is assistant to the desk of Professor Luca Macchi at the L.A.B.A. (Free Fine Arts Academy, Florence, Italy) Art History course.
Together with the painter and graphic Lorenzo Bittini, he founds in 2007, the Ianus Art project where the major task is to unite in one sole art form photography, painting and graphics by using several and innovative supporting materials.
In 2010 next to masters of the range of Mr Gildardo Gallo, a VOGUE photographer, and Mr Sandro Bini from “Deaphoto”, he enlarges the perspective of his studies about the light editing and portraits.
Since 2010 he is teacher of “Art of Photography” and “History of Art”.
Since 2011 he lives between Florence and Berlin, where he fits into the art of photography and in contact with the new artistic trends. In Berlin he works and studies as travel reporter and for wedding reportage, for customers of different countries.
In Berlin in 2011, works as a partner and expert with the painter and friend Wojtek Scherp for the project “Im Mantel des Determinismus” , released in the galleries “FzKke Euskirchen, Prisco Haus München and Museum Fluxus Potsdam.
Since 2012 works in Germany and Italy for private institutions of various kinds , including “The International Wein laden Muret la Barba”,”Hy!Berlin”, “Deutsche Akademie”.
Some of his shots have been chosen for the international guide “Analogue Guides” about the most important cities in the world. In January 2013 at the Radialsystem of Berlin, has documented as a photojournalist for official HY!Berlin, the International competitions startups Winter Edition 2013 and later worked as a photographer to the creation of commercials for the Mobile Social Game NOCK , Iphone application for a new generation.
In July 2013 he was appointed by Nikon among the best photographers of the month “I’m Nikon” and Fotografolio Germany (website for professional photographers) as a photographer of the month.
In October 2014 in the city of Calenzano, through the cultural association of the province and with the presentation of the mayor, Emanuele opened his solo exhibition “Engraved souls” and in March 2015 he opened in Berlin at the gallery “IGEL” another exhibition ‘Sister Loneliness‘.
In the same year he collaborated and study at the studio of the famous fashion photographer Magnus Reed at the studio “The apartament” in Berlin.
TO TAKE A LOOK AT OTHER WORKS AS JOURNALIST AND TRAVEL REPORTER, MY FINE ART PRINTS AND CANVAS, YOU CAN ALSO VISIT THE WEBSITE:
WWW.EMANUELEPAGNIART.COM