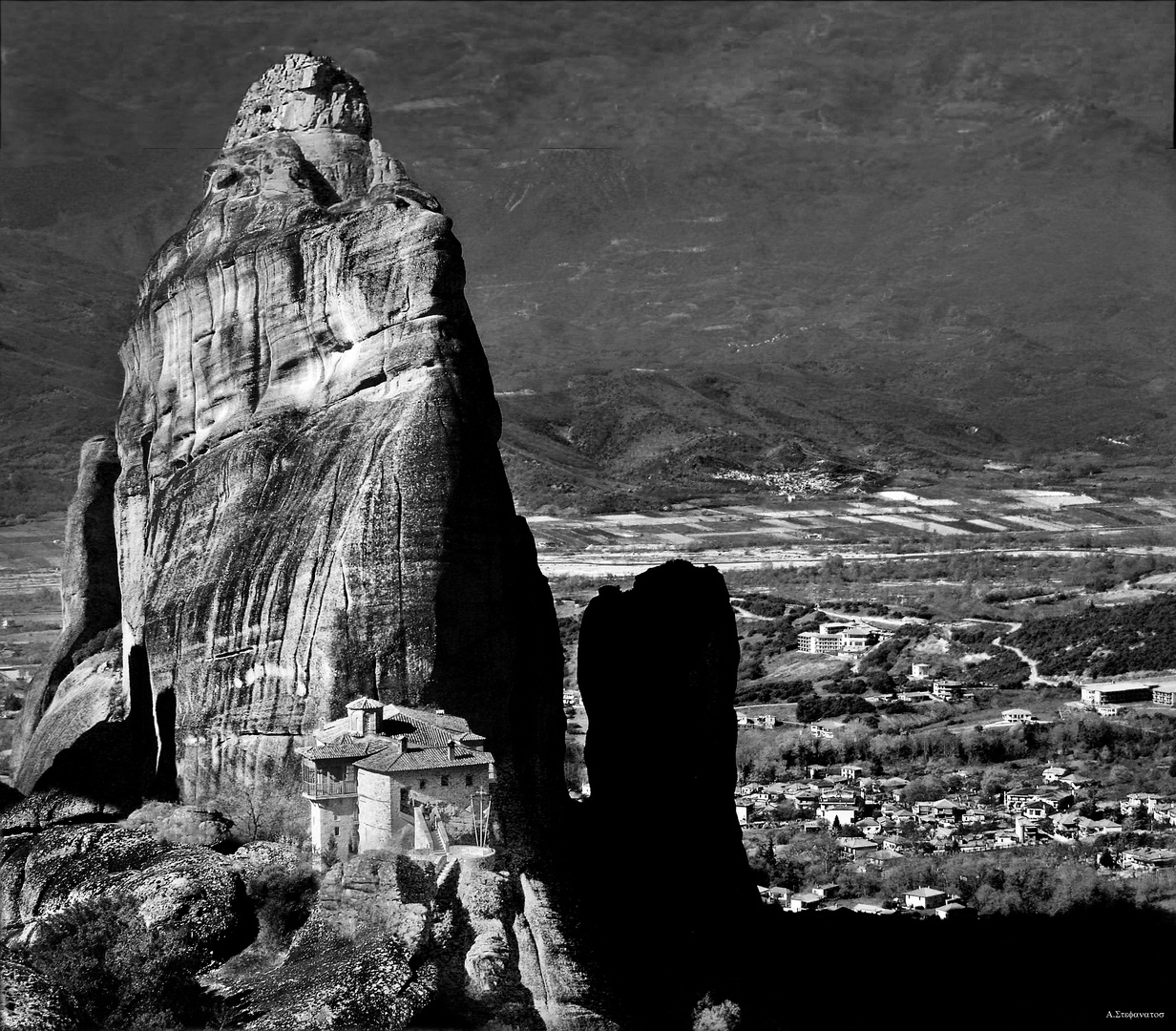 Greece. Plain of Thessaly. The valley of Meteora.
Meteora( Greek= suspended in the air/ In the heavens above).
the large and most important complex of Eastern Orthodox Monasteries in Greece second only to Holy Mount Athos. The monasteries, perched on the rocks, date from 11th and 12th century built by Byzantine emperors.
The photo gives a partial view of the valley with the rising bulk of the Pindus mountains on the far end...