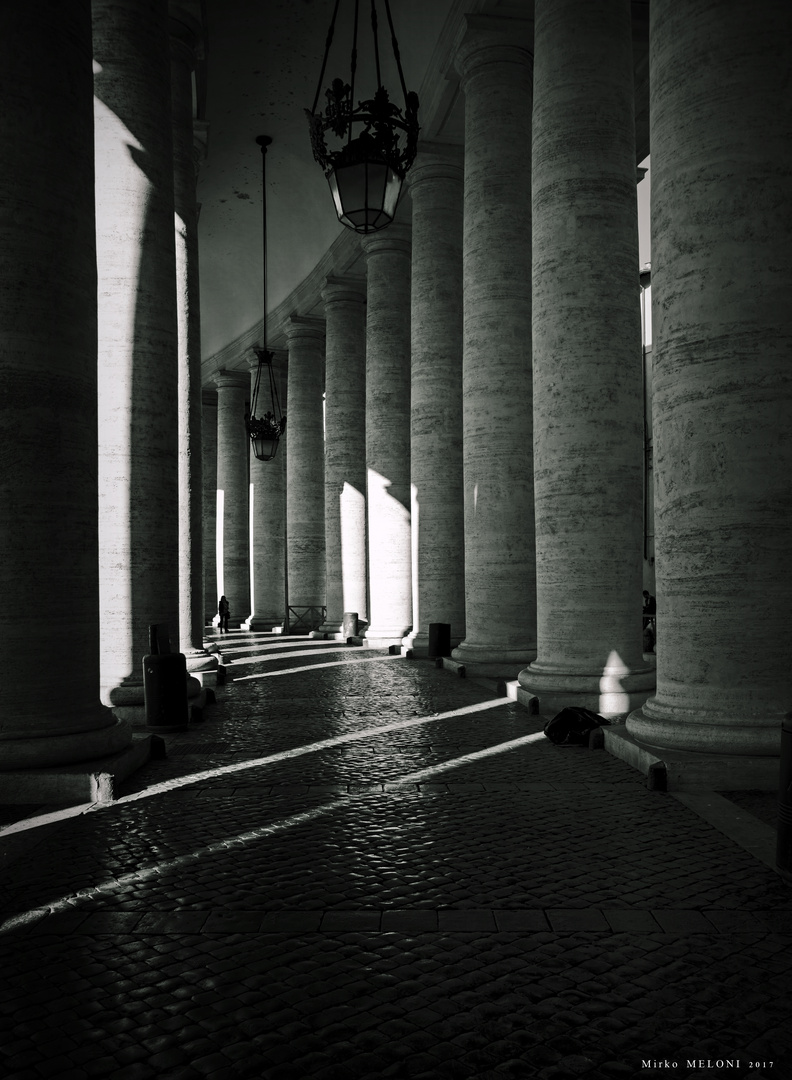 The colonnade of St. Peter

The colonnade of St. Peter

Since 1656, Bernini began studying the placement of St. Peter's Square in Rome, a work of paramount importance, which has caused enormous problems, but which was also supported by the full collaboration of Pope Alexander VII Chigi, a cautious and attentive client . The design occupied eleven years of work, and the solutions were developed with continuous improvements.
Bernini began in the summer of 1656, drawing a square shaped like a trapezium, bordered by palaces with arcades to the whole sixth. But the result did not convince the artist who judged the buildings too high and the overall effect somewhat monotonous and not quite spectacular. In the spring of 1657 he had already set up a new project, coming down to defining an oval-shaped square and replacing the porticulated buildings with a colonnade to be trapped.
The slight inclination of the two rectilinear porches in the trapezoidal square allows a more balanced view of the facade, and visually narrows the excessive width. The irregularities in size, symmetry, and all alignment errors between the different elements, facade, obelisk, squares were solved by geometric calculations and illusive perspectives, to make them imperceptible. The same enlargement of the elliptical square space creates a perspective that resizes the excessive width of the facade.

Bernini's choices for all his work were severely criticized in his time, but his colonnade will become a fundamental reference point for modern architecture, the consequences of which will be applied from Italy to all over Europe, to Russia for More than two centuries later.